Ahh, the Buffalo Bills lost again and have fallen to .500 at 5-5, and you just know they’re going to fade down the stretch – again. (Wait. Five must be a magic number, as in how rookie fifth-round pick Nathan Peterman threw five interceptions in the first half of his starting debut in their 54-24 loss to the Chargers… Yikes.) This isn’t anything new. The Bills have, since 1999, choked in the biggest games and that’s why they haven’t been back to the playoffs since the franchise benched Doug Flutie in that memorable “Music City Miracle” playoff game in Tennessee.

And it’s not as though they’ve always had no quarterback. In 2002, with Drew Bledsoe in town, the Bills were 5-3 at the midway point of their schedule. Then of course, they lost twice to the Patriots in the second half and finished 8-8. The next season, they spanked New England 31-0 in the season opener and won the following week. Despite that 2-0 start, the Bills finished 6-10… losing their finale by that same 31-0 score in New England. In 2004, they started out 1-5 before winning six in a row late in the year… but not enough to salvage the season. At 9-7, they still missed the playoffs. Bledsoe was gone after that year, and the Bills fell on hard times following his departure.

But ahhh, in 2008 behind Trent Edwards, the Bills began 4-0. They were 5-1 when they lost four in a row and eight of their last 10. In 2011, they thought Ryan Fitzpatrick would be the saviour. They started out 3-0 including a 34-31 win over the Patriots. Through eight weeks, they were 5-2 (including a bye). But seven straight losses followed and Buffalo was crushed 49-21 in New England in the season finale to finish 6-10. Clearly, Fitzpatrick wasn’t the answer and he lasted just one more season in Buffalo before moving on.

Of course, last season the Bills won four in a row and were 4-2. But again these were the Bills. You knew they would fold, and they did. After a loss to Miami in Week 16, head coach Rex Ryan was fired with one game to go in the season, and the team finished 8-8.

This season through 10 games? A .500 record. What more did you expect from the Bills?

Those around me know how passionate I have been about how RB Adrian Peterson would rather be a starting player on a bad team than a role player on a good team. No, he didn’t see a lot of playing time in New Orleans at the start of the season, but with Drew Brees at QB, you knew the Saints always had a shot. Yet Peterson apparently wanted out and was excited to join the Cardinals… an underachieving team that didn’t look good in any of their first five games (or, before Peterson’s arrival).

Of course, Carson Palmer’s injury has led to the mediocre Drew Stanton (9-6 career record but in the league since 2008) and Blaine Gabbert (9-32 in the NFL since rookie year in 2011) in leading the passing attack over the past three games. And you can argue that Peterson (14 carries, 26 yards) cost the Cardinals their Week 11 game against Houston, when “A.D.” was stopped on fourth-and-1 from the Arizona 35 and trailing 24-21 with 6:33 remaining.

It was another awful week for Peterson, who had 21 carries for 29 yards the previous game versus Seattle. The Cardinals’ overall mediocrity allowed Texans QB Tom Savage to finally get a win… just his second in the NFL. So, now the Cardinals have eked out OT wins against the awful Colts and 49ers – plus two other victories versus the sub-.500 Bucs and 49ers again – and lost to the Lions, Cowboys, Eagles, Rams, Seahawks… and the Tom Savage-led Houston Texans. If Peterson’s looking for a ring, he’s gone to the wrong team.

Finally, with both the Cardinals and Texans without their starting quarterback, it’s puzzling neither has brought in Colin Kaepernick or Tim Tebow. Surely, Tebow would at least sell tickets and don’t tell me Savage/Gabbert/Stanton are better than Kaepernick or Tebow. 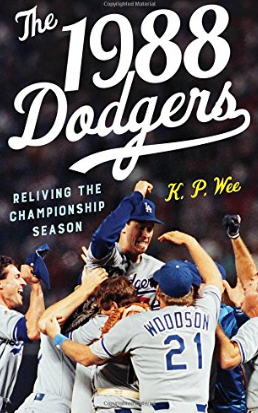